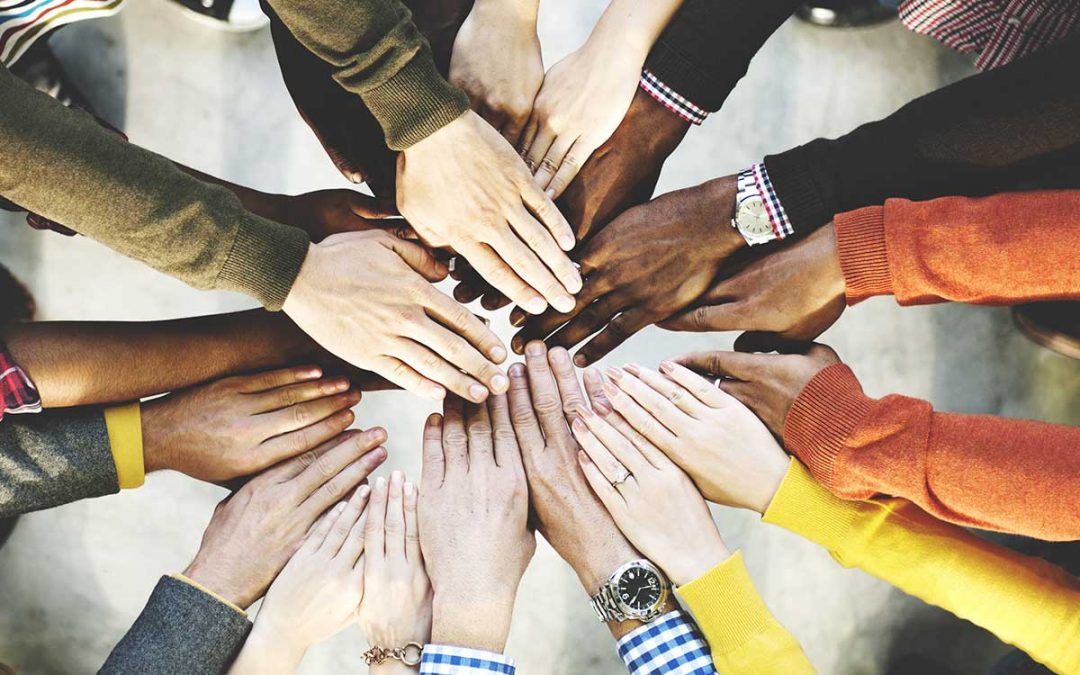 When Timnit Gebru attended a prestigious AI research conference last year, she counted 6 black people in the audience out of an estimated 8,500. And only one black woman: herself.

As a PhD candidate at Stanford University who has published a number of notable papers in the field of artificial intelligence, Gebru finds the lack of diversity in the industry to be “extremely alarming” and effectively an “international emergency.” “People openly acknowledge that diversity is a priority,” she explains, “but they don’t treat the issue as urgent and actively address it.”

Gebru is hardly a stranger to adversity. Originally from Ethiopia, she arrived in the United States at the age of 16 and was immediately confronted with racial prejudices. Teachers expected her to fail exams because she was a foreigner. A guidance counselor nearly convinced her she couldn’t win acceptance to any universities, even her safety school. Through perseverance and resilience, Gebru debunked these inaccurate predictions and thrived in her new country, landing employment as an engineer for Apple and advanced technical degrees from Stanford.

AI researchers pride themselves on being rational and data-driven, but can be blind to issues such as racial or gender bias that aren’t always easy to capture with numbers. Homogenous thinking in the AI industry has implications far beyond the racial makeup of PhD programs and AI conference attendees. Gebru points out that AI powers high-stakes systems used to identify terrorists or predict criminal recidivism. Biases and oversights even bleed into the everyday technology we rely on.

These ongoing challenges are no surprise to Latanya Sweeney, the first black woman to receive a PhD in computer science from MIT. Currently a professor at Harvard and director of their Data Privacy Lab, Sweeney’s research examines technological solutions to societal, political and governance challenges. One of her important contributions illuminates discrimination in online advertising, where she discovered internet searches of names “racially associated” with the black community are 25% more likely to yield sponsored ads suggesting that the person has a criminal record, regardless of the truth. When Sweeney googles her own name, she encounters ads such as: “Latanya Sweeney, Arrested? 1) Enter name and state 2) Access full background. Checks instantly. www.instantcheckmate.com.”

Recently, Sweeney, who is also Editor-In-Chief of Technology Science, reported that SAT test prep services charge zip codes with high proportions of Asian residents nearly double the average price, regardless of their actual income. “In the United States, price discrimination is illegal if based on race, religion, nationality, or gender,” her report states, but the enforcement of the law is challenging in online commerce where differential pricing is wrapped up in opaque algorithms.

Biases of creators trickle down to their creations. Due to the exponential impact of technology, prioritizing diversity in AI is “even more important than in other fields,” cautions Gebru. To encourage networking and visibility, Gebru co-founded the social community Black In AI. The organization is on track to dramatically increase the participation of black researchers at notable AI conferences. She also returned to Ethiopia to co-teach a programming course called AddisCoder to a diverse range of children. Half of the students were female and all were from public schools. Some of them didn’t even know how to type when they started the class.

Yet, the transformation was extraordinary. One of the students came from a family with financial hurdles that forced him to leave school, but successfully won admittance to Harvard, MIT, and Columbia after completing the AddisCoder program.

Despite inclusion programs and advocacy groups, many challenges to diversity remain. The first is the apolitical nature of the AI industry, which often prefers the ivory towers of academia. “Einstein was an activist and anti-segregationist,” Gebru remembers. “He taught at black schools and likened the racial discrimination in the US to what was happening in Nazi Germany. But most AI researchers today look down on politicians and don’t want to get involved.” As AI is increasingly used to affect outcomes of elections and identify terrorists and criminals, she cautions that “AI researchers should not be silent regarding the repercussions of their work.”

The current anti-immigration sentiment does not help either. Rana el Kaliouby, an Egyptian-Muslim entrepreneur, completed a PhD at Cambridge University and post-doc work at MIT. She commercialized her research in emotional artificial intelligence into the company Affectiva, which has raised over $30 million in funding. “I woke up to the news about [Trump’s] immigration [order] and had this empty feeling in my stomach,” she shares in a heartfelt story for Inc, adding that “this melting pot of experiences, interests, educations, backgrounds and cultures makes the U.S. truly amazing.” Restricting borders directly excludes some of the world’s top AI researchers, which in turn limits the collaboration and innovation in the industry.

Another issue lies in how we define “diversity.” Gebru points out that “when people talk about diversity in the tech industry, they’re often referring to including more women. But there are all types of women, such as women with disabilities, alternative sexualities, various races, and different socioeconomic backgrounds. If you only include women in the top 1%, that’s not helpful.” Ageism, classism, and many other prejudices hamper the professional growth of many qualified experts, yet don’t receive the attention that racism or sexism do.

Plenty more challenges exist to make diversity and inclusion an uphill battle in the field of AI, but the obstacles don’t discourage brilliant minds from actively tackling these important issues. However, advocacy cannot solely be the responsibility of the excluded. Fundamental and lasting change can only arrive when technology creators and the public at large awaken to the dangers of exclusion and make inclusion a true priority.